The other day, I held the third Moxibustion Lesson. This time 6 peaple came together.
The coaches were an elderly woman and me. We prepared last manth and met a few times.
In the first and second Moxibustion lesson, I was the only caoach. This Moxibustion lesson was on autonomic nerves. There are two separate autonomic nerves. One is Sympathetic, the other is parasympathetic. The sympathetic type focuses on power and energy, and the parasympathetic type focuses on relaxation and sleeping.

In Japan, in March, many people start something new in their life. This new thing in their life causes stress . For example a lack of sleep(imsomnia),feeling-down(depression), and stomach pain .And Asian medicine says that spring relates to the liver .The liver makes blood. which flows through our body. So if the Blood isn’t flowing properly our eyes become tired, we have dry eyes, our legs have cramps, we feeling down, and nails break.

Dried moxa is good for warming the body. One of dried moxa ingredient is Cheneoru, which takes a way pain and has a natural healing force that powers up our body. Moxa is burning on your body red blood cells gather and white blood cells are restored. So maxa helps blood flow and improves muscle pain or tension.

Chineoru is one essential oil. In English it is “Cineol”. A type of chrysanthemum. Cineol is one of the Terpen svestem Organic compounds. Moxa is made of 11% moisture, 67% leaf fiber, 11% protein Organic matter, and Vitamine B or C, etc ….

First I had everyone do a self-check. The most common problem area was the feeling of anger and stress. So I decided today’s topic is “Feeling anger and stress”. I asked everybody to check
what part of their body hurt the most then to tell me difference after doing Moxibustion. Some people had no change after doing one Moxa, but experienced some change after doing it 2 or 3 times. The part of their body they were most concerned with changed.Their body became more flexible and light. Everyone was surprised and happy. 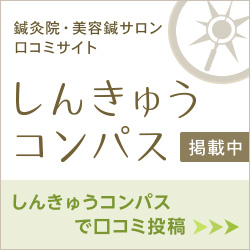